I’m sure most of you have seen this letter from E.B White circulating around the Internet …

Recently I’ve dealt with some health issues because of stress. 99.99% of the stress was stuff I had control over, stuff I’d signed up for. I said yes WAY too much–like almost exclusively–even when it didn’t make sense, I knew I shouldn’t, or I didn’t want to. So I’ve been trying to say no more the past couple of years.

You know what I’ve found? It’s HARD to say no.

Sometimes–especially when people expect you to say yes–it gets downright awkward after you say no. Sometimes people keep pushing until you say yes. Sometimes they get mad.

I am using this excuse forever now.

Also, stumbled upon another letter. I don’t think there’s any lesson to learn from it, but it’s hilarious. So I’ll just leave it here. 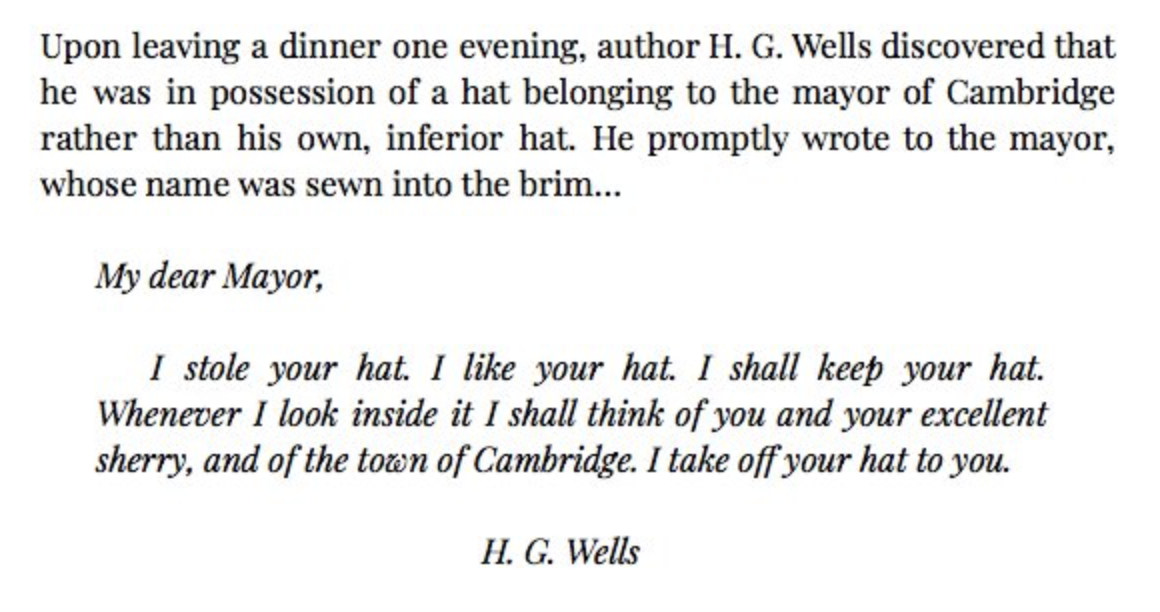