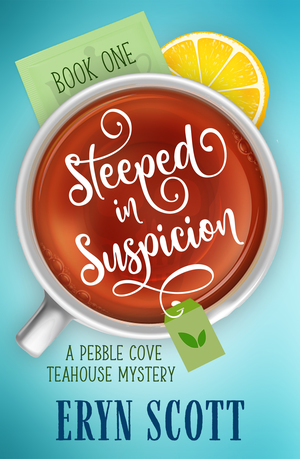 “A ghost mystery for readers who don’t usually enjoy the paranormal.”

Pebble Cove is not the sleepy coastal town Rosemary remembers from her childhood. Ghosts are everywhere, and only she can see them.

When Rosemary Woodmere inherits her estranged grandmother’s Victorian teahouse, she doesn’t expect to also inherit a ghost named Asher from the 1920s.

Things get weirder for Rosemary.

Her grandma was supposedly murdered.

A body washes up on the beach, and the police suspect her of the man’s murder.

She’s trying to navigate her newfound ability to talk to ghosts.

And she doesn’t even know the first thing about tea.

Rosemary’s experience as a librarian hasn’t prepared her to solve a murder, but everyone around her is steeped in suspicion, and she has to find the truth before someone else ends up dead.