Not by Oolong Shot - ERYN SCOTT 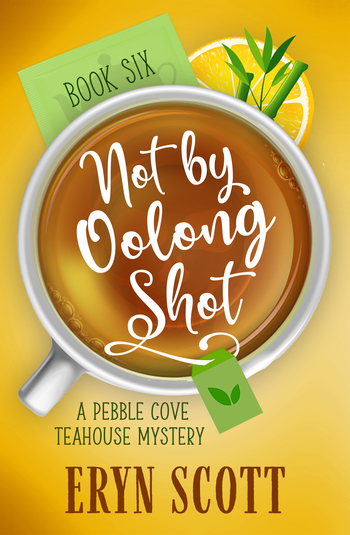 Not by Oolong Shot

Pebble Cove’s most infamous house is about to get a makeover, but can changing the outside get rid of the curse held within its walls?

High up in the cliffs behind the town of Pebble Cove, a haunted house looks out over the ocean. When the cursed house sells after sitting vacant for decades, the locals are concerned. Horrible things happened there.

The buyers, triplet brothers famous for their house-flipping television show, are dismissive of the town’s warnings. When history repeats itself and one of them dies, who’s to blame?

Hired to cater for the crew, Rosemary is first on-site to find the grisly scene. Her instincts tell her that there’s more to this murder than meets the eye, and along with her ghostly friends, she’s the only one who can uncover the truth.