Matcha Do About Murder - ERYN SCOTT 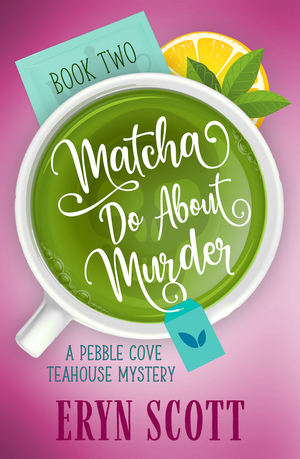 Matcha Do About Murder

When a local man drops dead after drinking a matcha tea latte, Rosemary Woodmere suspects foul play. As a witness to the murder, she’s called in for questioning.

At the station she meets a new ghost and learns the town’s police force has a dark past when it comes to covering up murder. She might be off the hook, but can she let the case go when she fears the police might be repeating history?

To make things even more difficult, Rosemary’s life with ghosts is getting complicated. While she searches for the truth about how Asher died, Rosemary attempts to help a local spirit encountering her own difficulties with her death. And while a little ghostly help here and there might give Rosemary a leg up in this case, will it be enough when she comes face to face with the real killer?