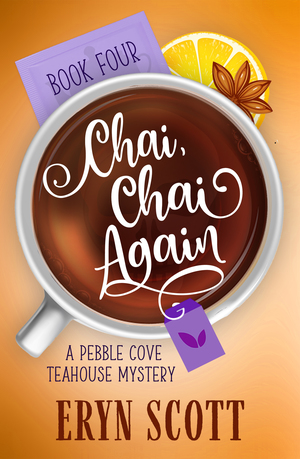 Pebble Cove is known for giving tourists the cold shoulder, but a frozen body is something new.

The people of Pebble Cove are thrown into a forced hibernation when the worst snowstorm in a decade hits the Oregon Coast. They expect to find damages once the snow thaws, but a frozen body down by the pier comes as a terrible surprise.

Rosemary is keeping warm with an abundance of chai tea, wooly sweaters, and further research into Asher’s past. But when a second body is found, she can’t deny the chilling thoughts that the two deaths might be connected. Or that this might not be the end.