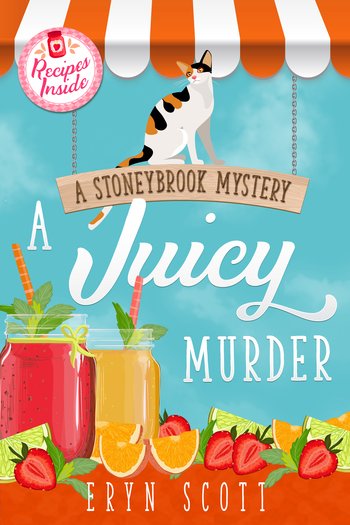 They’ll squeeze out every last clue…

A new juice bar in Stoneybrook has the town on a delicious health kick. When a woman is found strangled outside the shop, the townspeople swear they’ve never seen her before.

But someone among the locals is lying. They not only recognize the woman but had motive to silence her.

Hadley and her twin have three mysteries to solve. Who is the mysterious woman? Why did someone want her dead? And will finding these answers put their lives at risk too?