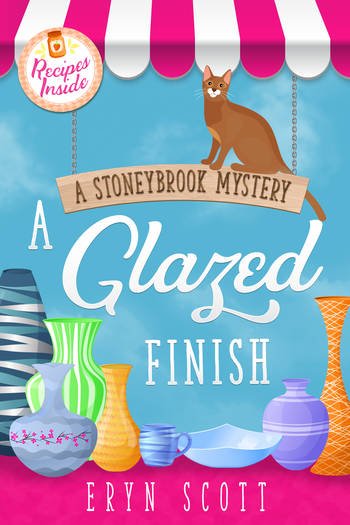 This type of mugging can be deadly …

The annual River Run is a fall favorite in Stoneybrook. Participants end the race with a commemorative mug from local potter, Josie Cobb. But when one of the mugs is shattered over Josie’s ex-husband’s head and he’s found dead along the riverside trail, the sheriff is sure the potter finally snapped.

To make things worse, the dead man had flowers and an engagement ring with him, only months after the ink dried on his divorce to Josie.

Hadley cannot believe the generous local artist would do such a thing. Before the authorities make a huge mistake, Hadley has to prove Josie’s innocence. This trail of clues is about to lead Hadley to uncover a big secret in her small town.