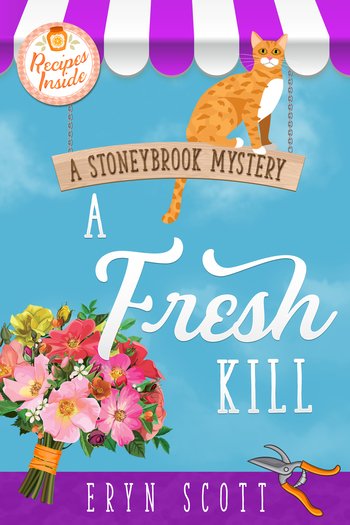 There’s nothing like the Stoneybrook farmers market in summer. Fresh flowers, organic veggies, delicious jams … and a dead body. When an outsider turns up murdered, all of the evidence points to his rival, Stoneybrook’s beloved florist.

Unable to believe a pillar of their community could be guilty of such a heinous crime, Hadley dives head-first into the investigation. Sure, she’s busy looking for a new house, running her business, and dealing with her ex–who’s back in town–but Hadley is determined to find the truth before the wrong man goes to jail.